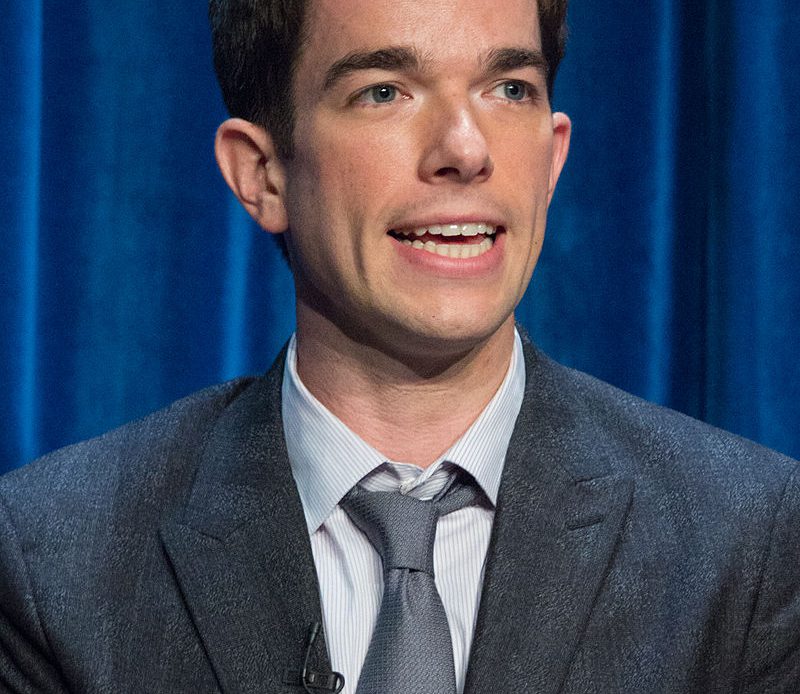 John Mulaney quotes are below...

It was so beautiful today that I only watched four hours of ‘Law & Order’ in my apartment.

All my money is in a savings account. My dad has explained the stock market to me maybe seventy-five times. I still don’t understand it.

Late at night, on the street, women will see me as a threat. That is funny, yeah! It’s kind of flattering in its own way, but at the same time it’s weird because, like, I’m still afraid of being kidnapped.

College was like a four-year game show called “Do My Friends Hate Me or Do I Just Need to Go to Sleep?

Anyone who’s seen my dick and met my parents needs to die; I can’t have them roaming around.

13-year-olds are the meanest people in the world. They terrify me to this because 8th graders will make fun of you but in an accurate way. They will get to the thing that you don’t like about you. They don’t even have to look at you for long. They’ll just be like ‘Ha, ha, ha, ha hey look at the high waisted man. He got feminine hips’ And I’m like ‘No! That’s the thing I’m sensitive about’.

You have the moral backbone of a chocolate eclair.

Irish people don’t want comfort. Look at a sweater made in Ireland. It’s like at turtleneck made out of Brillo pads.

My vibe is like, hey you could probably pour soup in my lap and I’ll apologize to you.

I quit drinking because I used to drink too much, then I would black out and I would ruin parties.

I’ll book a ticket on some garbage airline. I don’t wanna name an actual airline so let’s make one up, let’s just call it like Delta Airlines.

I played basketball for five years and I was a benchwarmer all five years. If you were never a benchwarmer, I cannot express to you the humiliation of, every Saturday morning, putting on a pair of breakaway pants and never having a reason to break them away–they’re just pants.

You remember being 12, when you’re like, ‘No one will look at me or I’ll kill myself’.

Being president looks like the worst job in the world.

I never knew you were supposed to push off of your feet when you walked. And I tried it, and I walked much faster.

Do you want a salad or fries? That’s like asking, ‘Do you want to go for a jog or freebase cocaine?’.

I always thought that quicksand was gonna be a much bigger problem than it turned out to be. You watch cartoons and quicksand is like the third biggest thing you have to worry about, behind the actual sticks of dynamite and giant anvils falling on you from the sky.

I was once on the phone with Blockbuster Video, which is a very old-fashioned sentence. That’s like when your Gram would be like, ‘We’d all go to play jacks by the side fountain.’ And you’re like, ‘Nobody knows what you’re talking about, you idiot’.

Girl Scout cookies are delicious! They come in Thin Mint and Samoa and also other flavors. How come I have to know a child in a beret to order them? Just sell me the cookies. I have American money. Just put them in a store and I’ll buy them.

You can’t always see both sides of the story. Eventually, you have to pick a side and stick with it. No more equivocating. You have to commit.

Things have to be funny first, and if they want to have a point, that’s awesome.

You can do good work simply staying up all night and eating nothing but junk food, but probably not in the long term.

If it’s something very, very funny but possibly controversial, if it’s truly funny, then it’s worth doing. Things aren’t worth doing for the sake of being controversial.

I don’t make plans anymore. So I’m not living minute to minute.

Here’s how easy it was to get away with bank robbery back in the ’30s — as long as you weren’t still there when the police arrived, you hd a 99% chance of getting away with it.

I am very small and I have no money. So you can imagine the king of stress that I am under.

If you are a school student, your opinion does not matter.

For those of you who don’t know what it is, blackout drinking is when your brain goes to sleep, but your body gets all ‘Eye of the Tiger’ and soldiers on.

When I’m walking down the street I don’t think anybody goes, ‘Hey look at that man’, they’re just like ‘Woah, that tall child looks terrible’.

You have your law practice, and me, I have all these fucking markers.

As I got into high school and after puberty, I was a little more inward. I was a real extrovert when I was little, but I don’t know, I just got quieter… With my friends, I was still an extrovert.

The more you do stuff, the better you get at dealing with how you still fail at it a lot of the time.

Sometimes I – with comedy, it’s like someone liking you in high school. They either do, or they don’t. And when they don’t, they don’t. And that’s it. There are no appeals. You show up, and you’re like, ‘Hi! I’m -‘ and you stumble, and they’re like, ‘It’s over.’

It’s important to remember that life is a joke, and that outlook grants a lot of perspective, but I don’t think comedy should change and become political due to other things. It should just laugh at that cosmic joke that life is all the time.

My dad is and was very funny and had a really dry sense of humor, which, as a kid, seemed un-fun. But in retrospect, it’s kind of hilarious.

If someone had written a review saying, ”Oh, Hello’ is stupid,’ we would have said, ‘Yeah, it is. You’re absolutely right.’ That people liked it was extremely cool.

Bill Clinton fascinates me because, at the time, it seemed like his shenanigans and the people after him were the biggest political stories you could ever imagine. I remember when the ‘Starr Report’ was published in the newspaper, all of us were reading it in the high-school cafeteria, and a dean started taking the newspapers away from us.

I just watched a ton of comedy and saw a ton of different styles, and eventually you think, ‘Oh, yeah, I could be like that.’

It’s been very funny to try to act like an adult. Even getting dressed. Every day, I’m like, ‘Should I wear a blazer and walk around with an umbrella? Do I carry a briefcase?’ Because I’m trying to be some image of the adults I saw on TV growing up.

I never turn on the crowd. Sometimes, you think it’s a terrible show, and then afterward, sometimes people say they really liked it. So turning on the crowd is only going to alienate the few people who might like it. What do I do in that situation? Get through it.

Pinky and the Brain